This was already the fourth edition of the Japan Matsuri hosted at the Espocentro in Bellinzona. This was our first time visiting, but it most definitely won't be our last. A multiplicity of Japan related activities as well as a pleasant crowd, without the usual overcrowding which can occur at other events of this sort, make it a unique event in Switzerland.

If you're still debating if you should travel to Ticino for next year's festival ? We'd have some great arguments why you definitely should:

Even Japan aficionados could attend some interesting performances at the Japan Matsuri, some which you could definitely define as "off the beaten path": In addition to the Shodo performance, during which an artist dramatically calligraphies kimonos and other accessories with late brush strokes, the Tamasudare performance by Master Enya Tsukugawa and his dance troop were an eye-catcher.

Tamasudare is a street art performance from the Edo period. The artists manipulate loosely tied together rods of bamboo, that resemble a sushi mat, and intertwine them into different shapes and objects. The bamboo shapes reflecting the lyrics in the song: a bridge, a fish, a tower - with nothing to limit their fantasy. The accompanying rhythmic song has quite a hypnotic feel to it: The prose seems to repeat itself, however the elements, materialising out of the bamboo sticks, keep changing.  You could just watch the dancers endlessly.

Finally, the artists included Bellinzona and surroundings into their songs: suddenly the bamboo sticks formed the Gotthard and event the Castello. Even some lucky spectators were initiated in to the art of Tamasundare - which earned them a well deserved applause from the audience.

2. Thrust in the middle of the action. 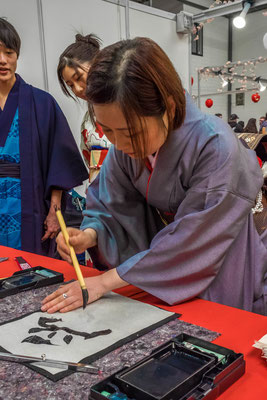 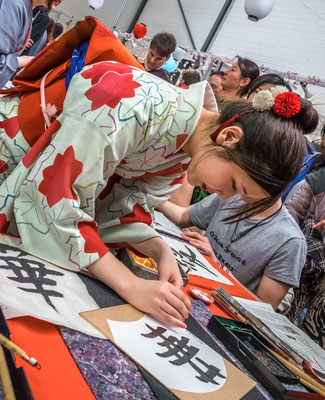 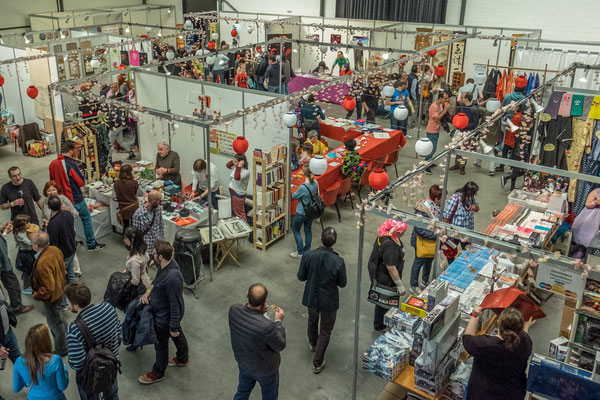 The Japan Matsuri encourages its visitors to immerse themselves wholeheartedly  into the culture: with Kimono rentals, calligraphy or shiatsu massages. All the activities are offered at a very low price or are even free. This turns a visit into an adventure.

On top of that, a multitude of little stands offer original souvenirs: from handmade jewellery to modern clothes with a distinct Japanese take, to imported merchandise. You're bound to find something right for you.

Our personal highlight was the manga artist Mari Mari Chan, where you could be immortalised in a single or group portrait, as well as, in your very own short manga. Within 45 minutes, we had our very own souvenir to take home, which you can find  here. 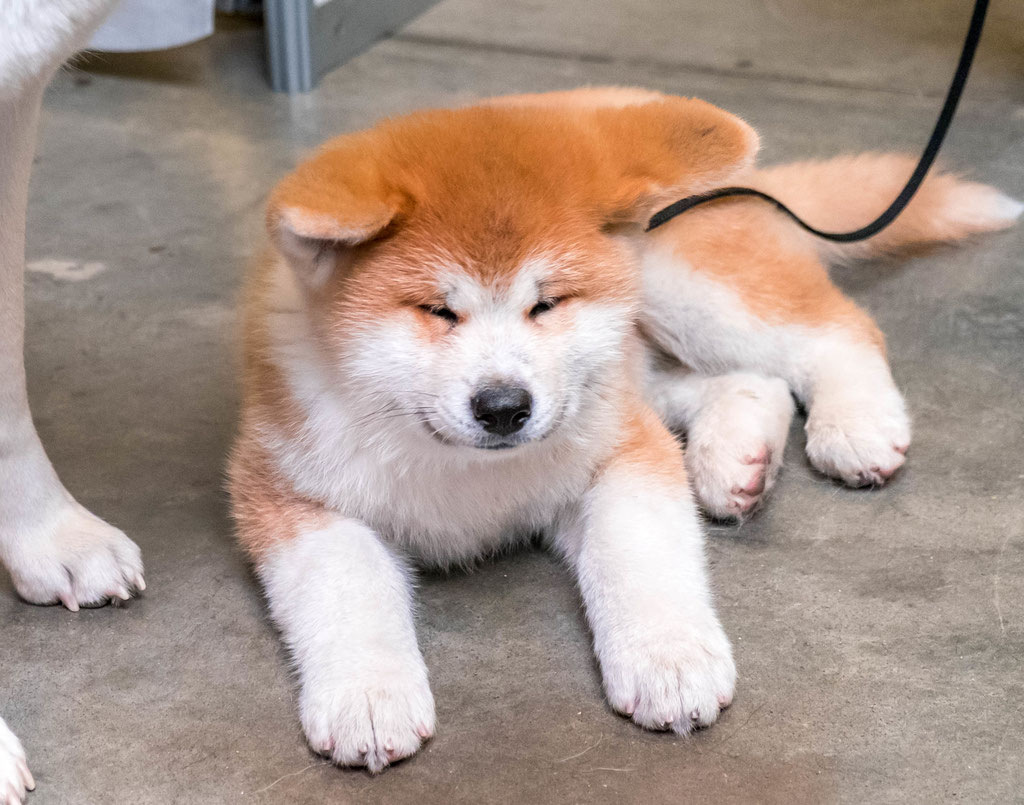 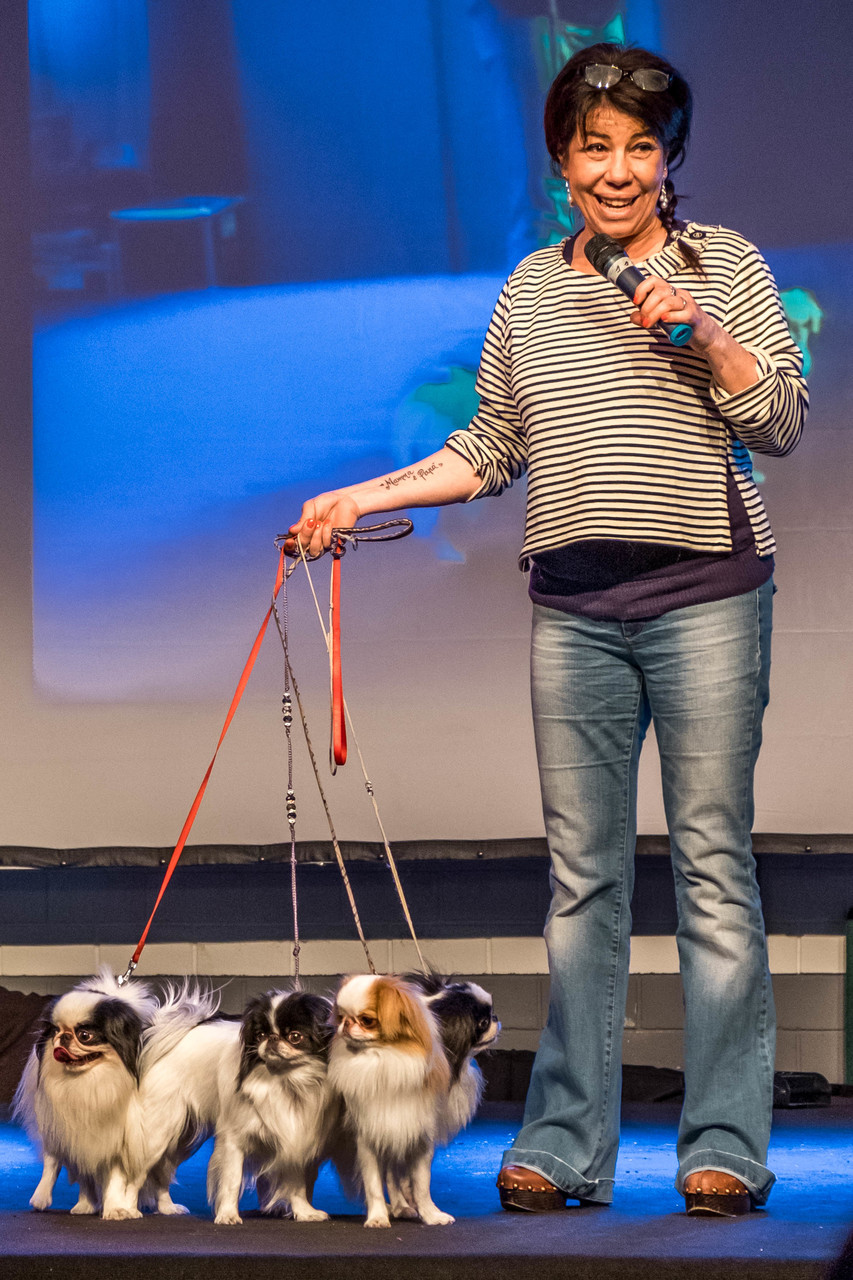 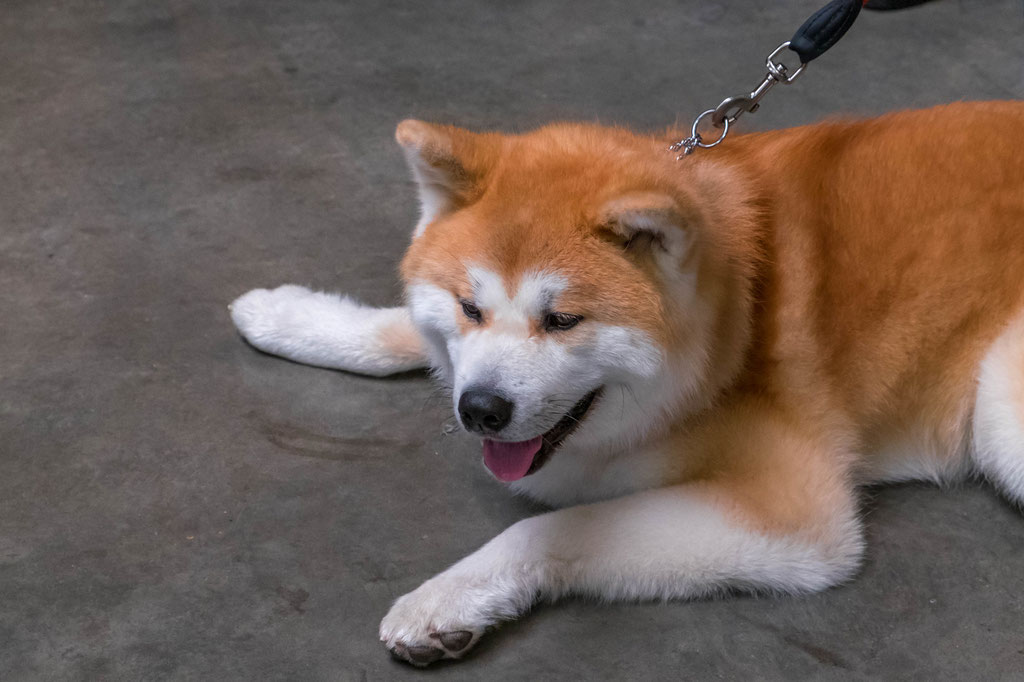 Representatives of the Akita breed (on the left), American Akita, Shiba, Chin (on the right), japanese Tosa and Kai weren't only present on stage but also during the whole festival near and around the festival grounds. Especially the 3 month old Haru (top left) seem to melt most visitor's hearts. However, we did learn that all these breeds, with the notable exception of the gentle Tosa, seem to have a (stubborn) mind of their own. At times it seemed the dogs were the ones leading their owners on the stage, and not the other way round. Which wasn't to be traced back to a lack of knowledge on the owner's part, which were mostly professional breeders. So for those who do not mind being outsmarted by their four legged friend, is in quite good hands with a Shiba or an Akita.

Sightly wilful in their own interpretation, but none the less adorable, was the singing performance of these three cuties. Here also a general acclaimed "how cute" from the audience.

Just to be clear: by this we do not mean the festival restaurant on the first floor. Do not go anywhere near it - it is a terrible offence to Japanese cuisine, to which we would not like to add anything else.

A totally different story are the food stands in the main hall: freshly made Takoyaki, Nikumans or Udon noodles were to be found as well as delicious Japanese sweets. For those with a specific dish in mind shouldn't debate lone as the sweets as well as the Chukaman (type of dumpling) were quickly sold out.

The sake fans were also in for a treat: Marc Nydegger's Shizuku GmbH stand visitors could taste deliciously fragrant brews. 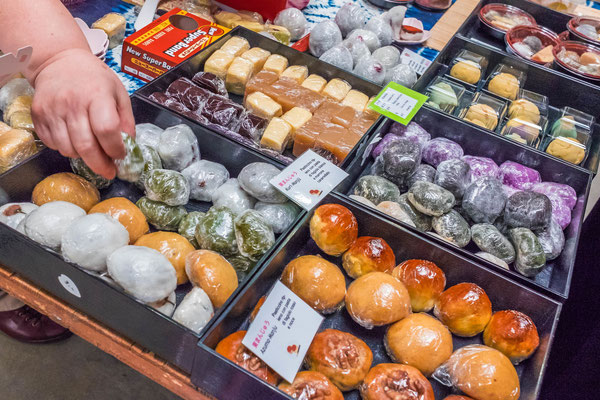 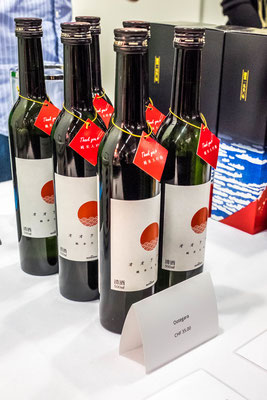 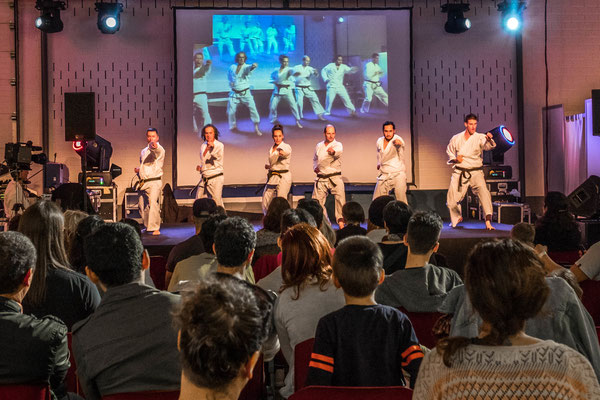 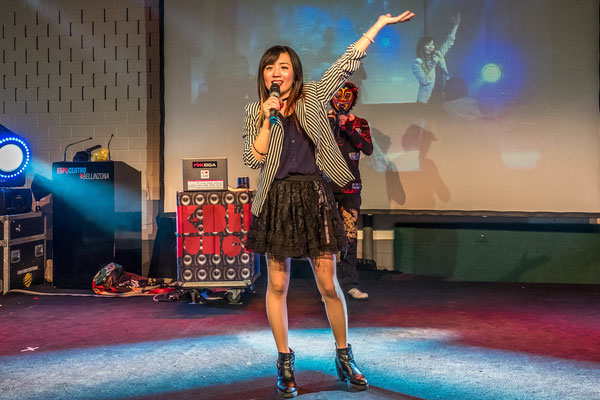 Despite cosplay contest and the omnipresence of manga and games: the Japan Matsuri isn't a pure Geek or Otaku event: the program is too diverse for that. Shotokan Karate (on the left), the Samurai Sword Artists KAMUI as well as the performance by K-Blue Jungle (on the right) were just a couple of the multitude of acts that we enjoyed and impressed us. We're already looking forward to next year's edition !